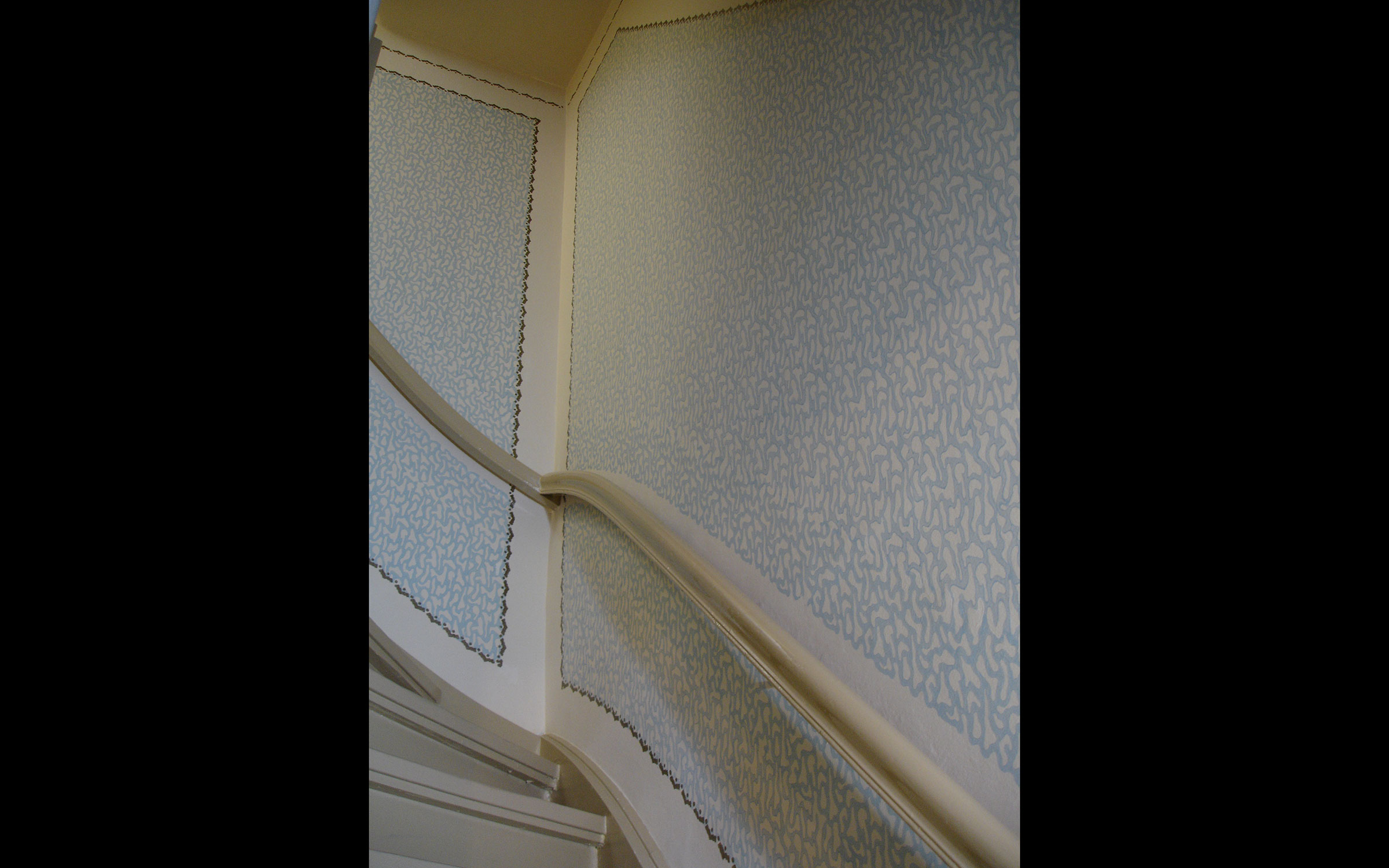 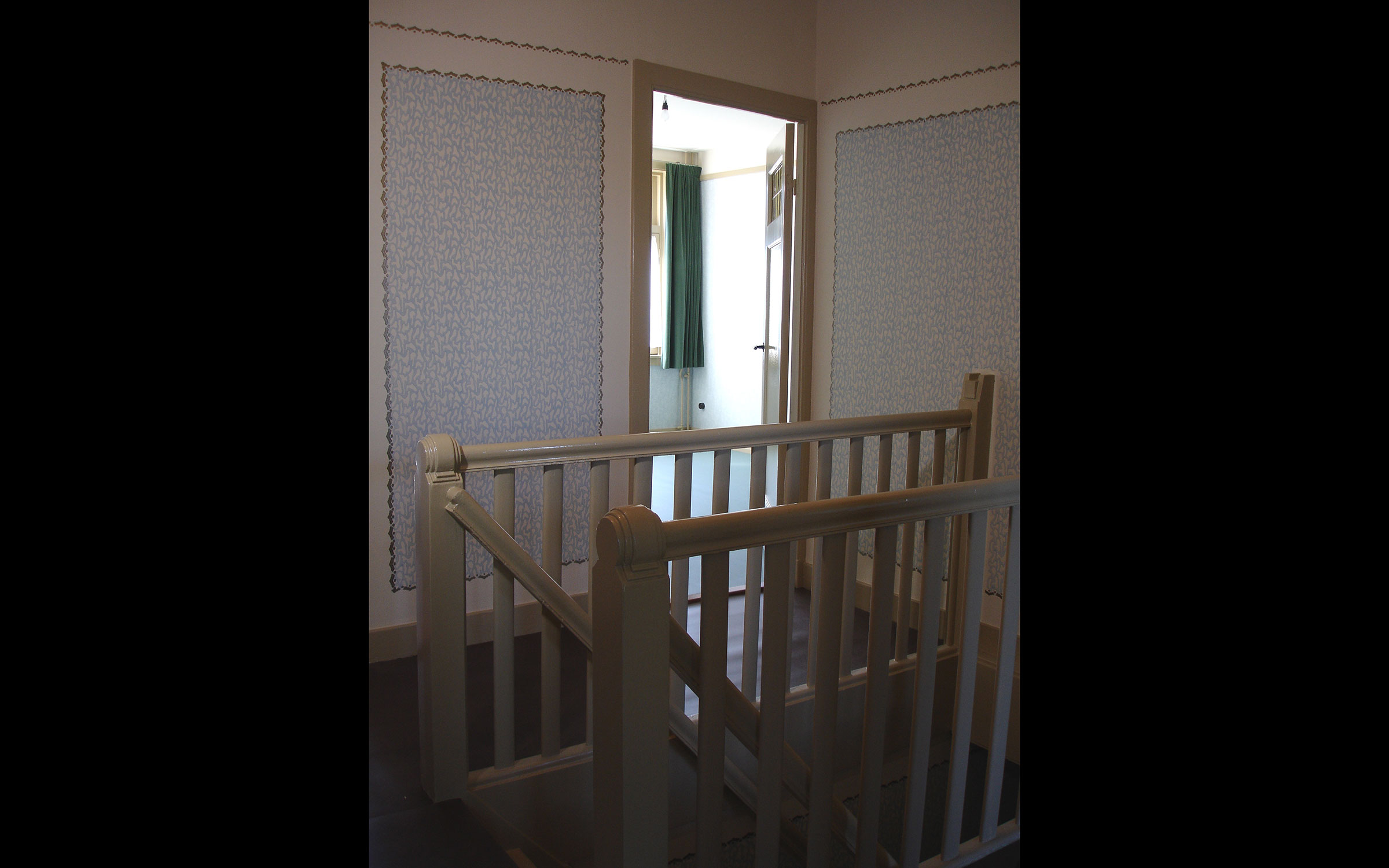 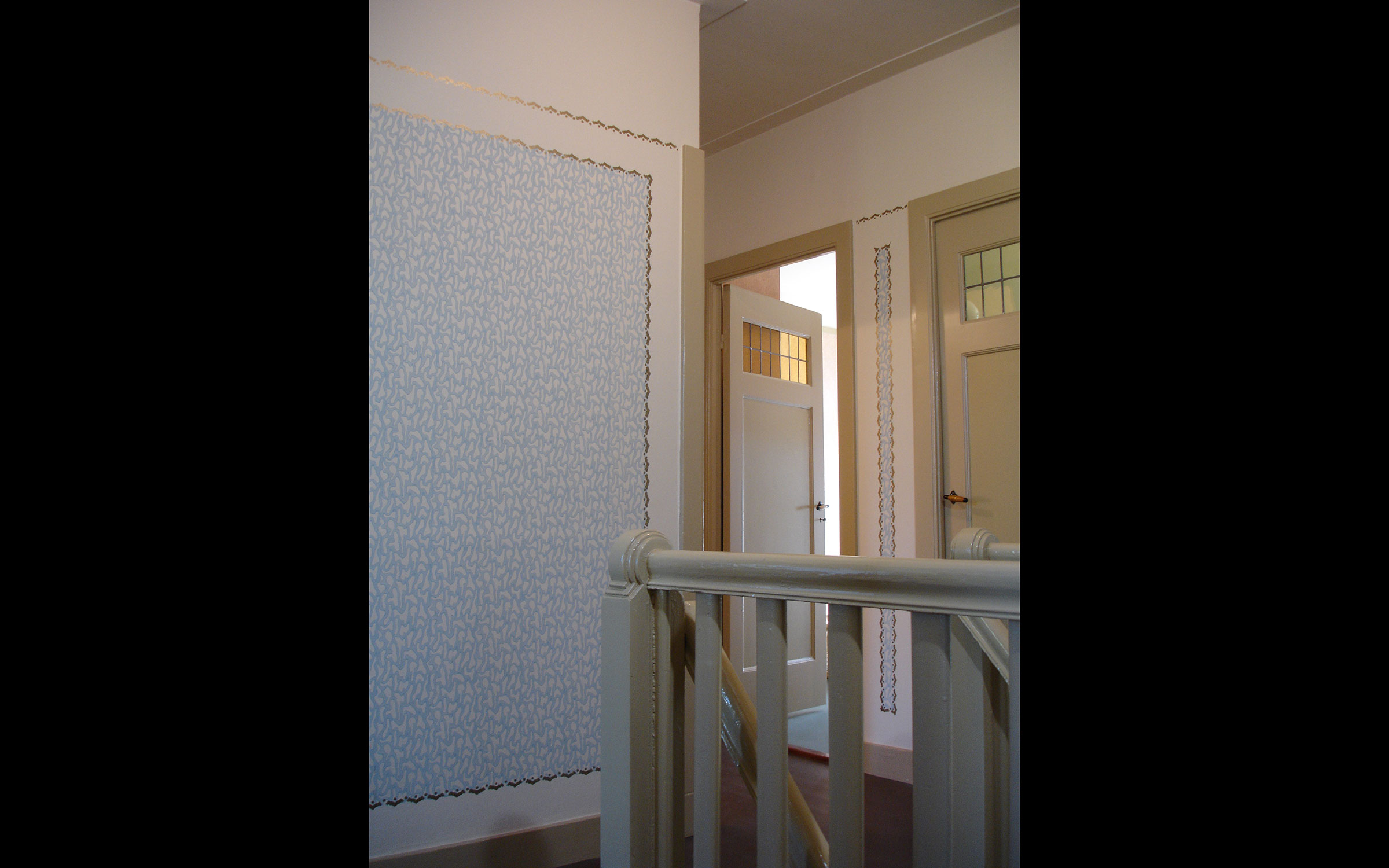 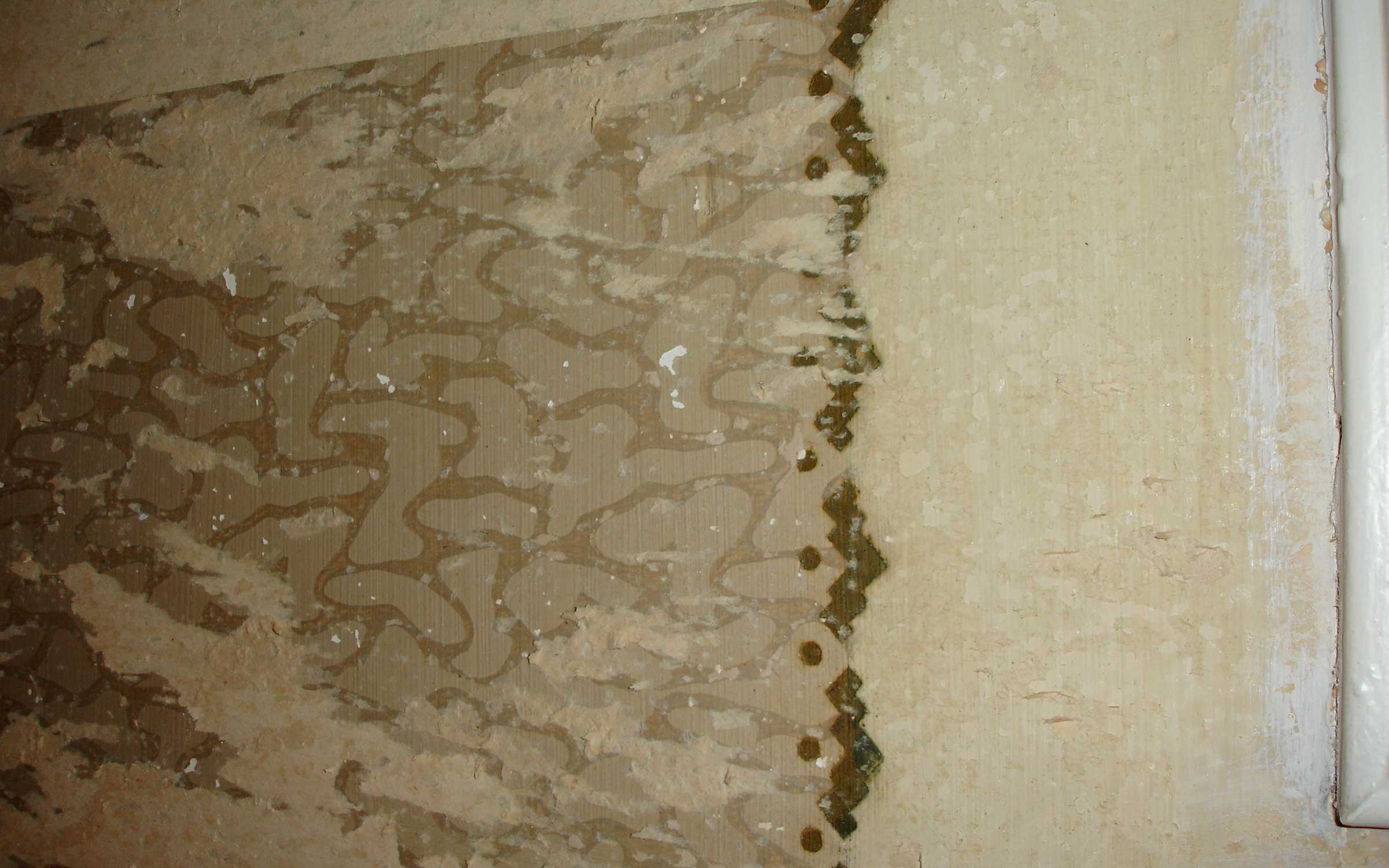 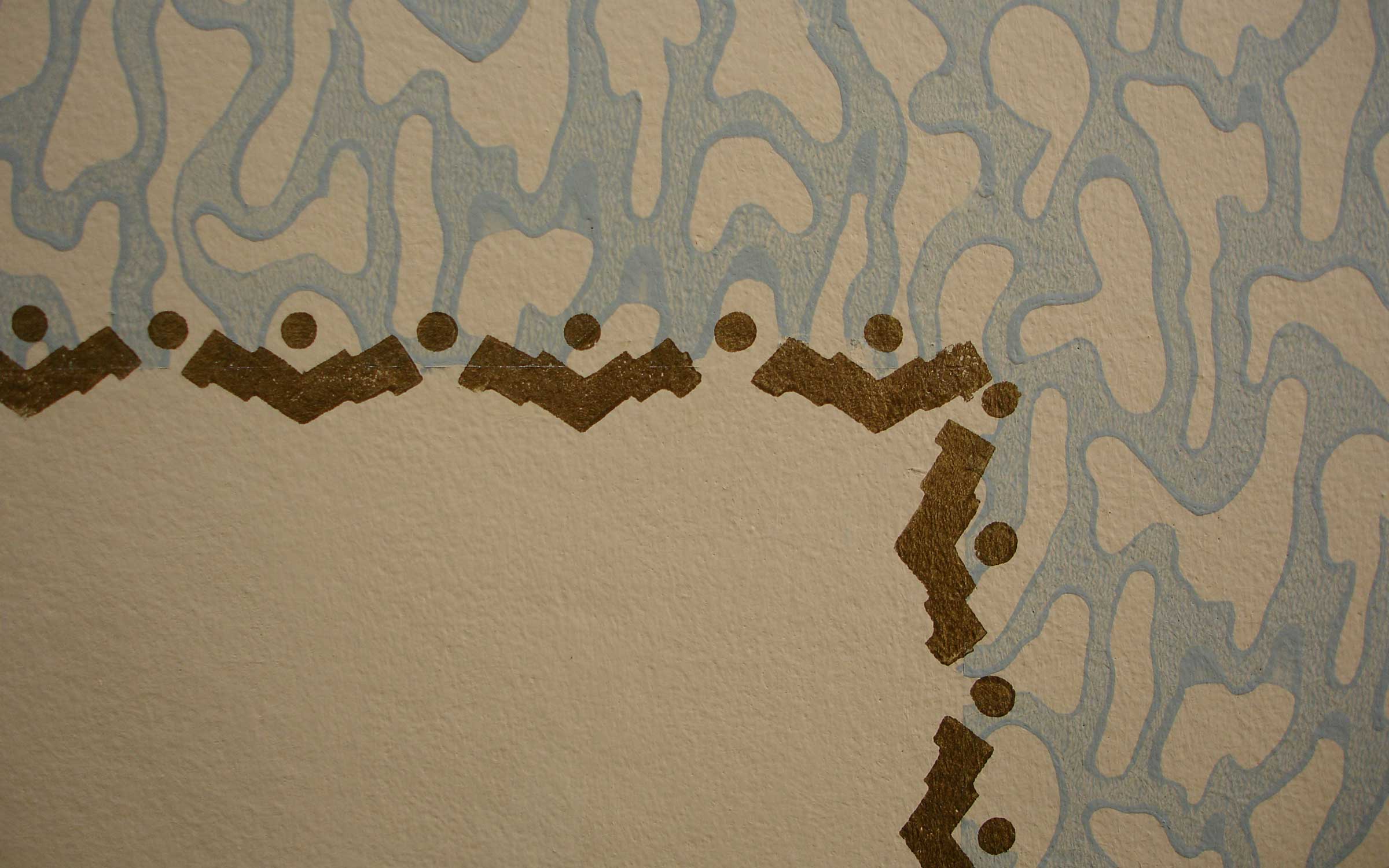 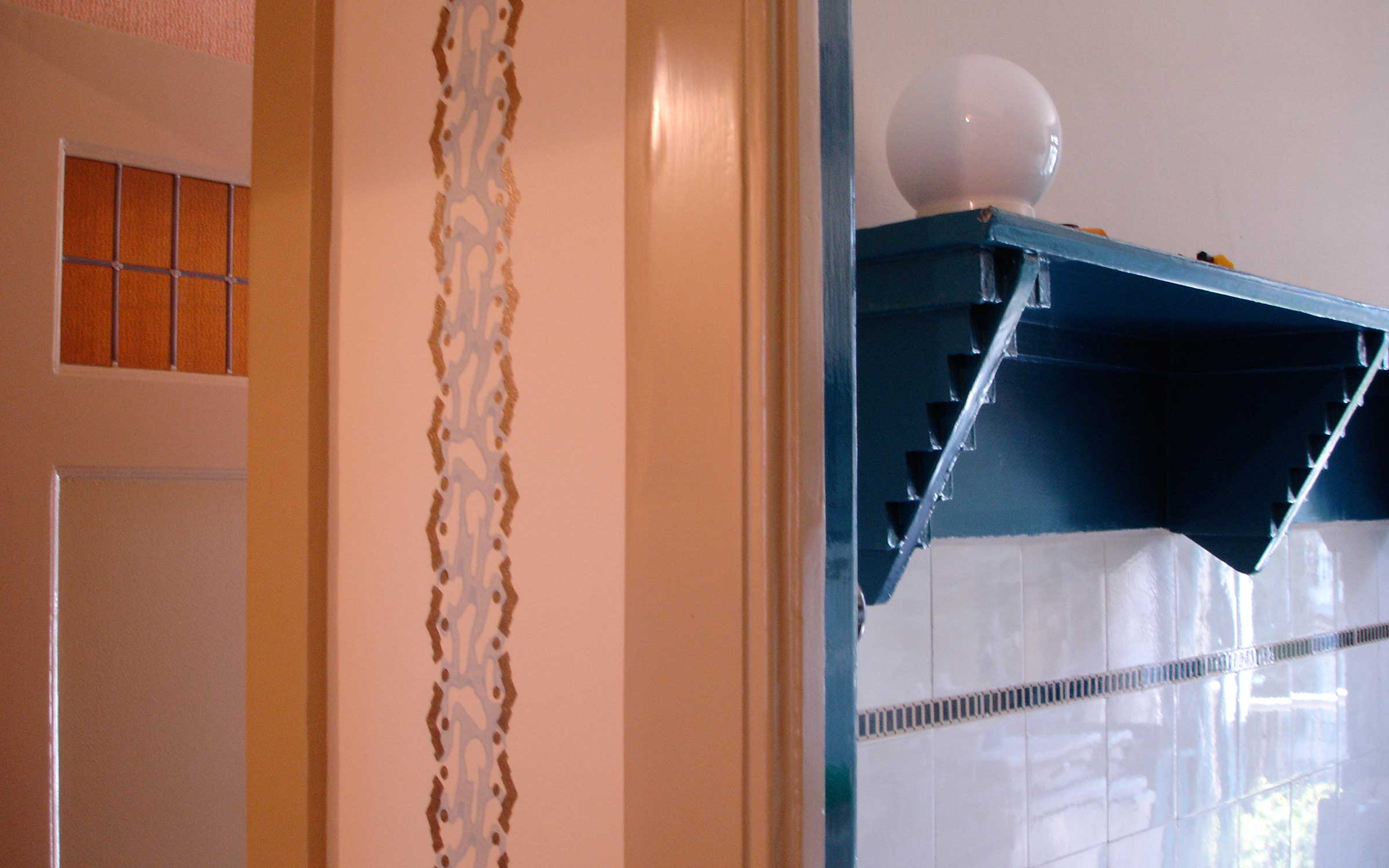 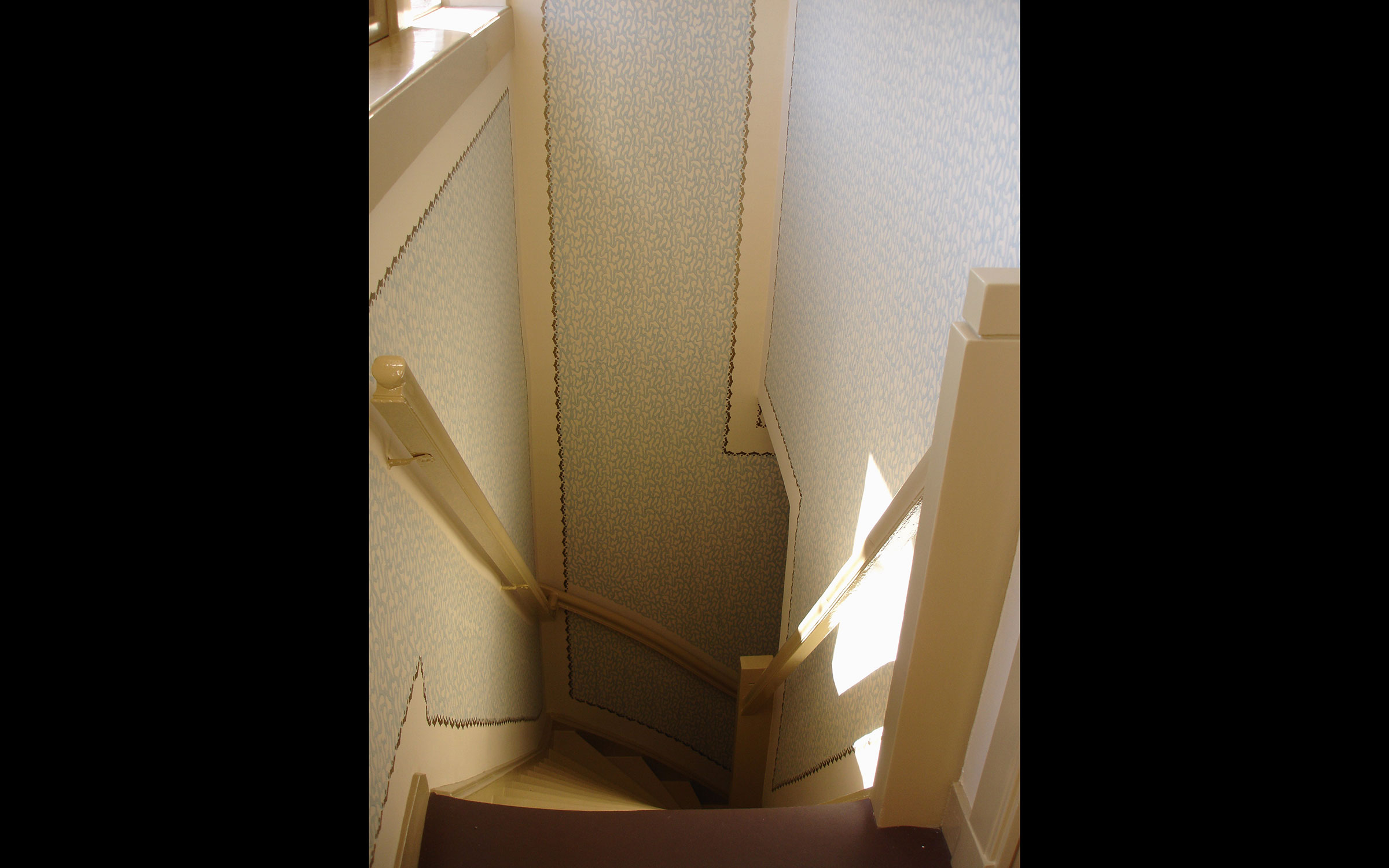 Designed for this client:

Walls: renovation of the original wallpaintings from 1927 that where present during the time Anne Frank lived here.

Anne Frank lived for eight years at second level apartment at the Merwedeplein before they went into hiding in 1942 , fleeing from the Nazis , moved with her family to the Secret Annex on the Prinsengracht in Amsterdam.Otto Frank payed the rent for another year in the hope that the war would be over rather sooner than later, so he and his family could move back in.

The apartment has been a haven for foreign writers who cannot freely write their work in their own country since 2014. Ymere leases the property to the Foundation Amsterdam Vluchtstad who on their turn provide the sanctuary to writers, giving them the opportunity to write their works in safety.

Muurbloem is asked to decorate the walls of the entrance and hallways with the same decoration that was present when Anne Frank lived here. These designs are from the beginning of construction of this apartment fitted and have a wonderful flat distribution which corresponds to the proportions of the walls.

The walls are printed on location with designs in wall paint. This ancient technique is a specialization of Muurbloem. From the middle of the 19th century, there is a hand-held device designed to print patterns by means of a roll on a surface. Wallflower owns a large archive of more than 150 original and own designed patterns.

In cooperation with Foundation ‘Historic Wallpaper and Walldecoration’ (SHBW) , Muurbloem did colour research and studied of the surface division. The original print of the design has Muurbloem transferred onto rollers which is applied to the decoration of the venue.